In 2009 this painting was honored as laureate of the art contest ‘Grote Prijs Alfons Blomme’. The Jury praised the bold style and compaired it to ‘a contemporary Ensor’. Too much honor, if you ask me. Good painting though.
Some years later, I went to an exhibition at Cypress Gallery in which Els Lesage, a friend of mine at that time, exhibited along with Nick Andrews and Rinus Vandevelde. Funny thing was: Nick Andrews had a painting based on the same newspaper photo with the title ‘Banker’s Banquet’. That’s what you get when you use public pictures. It was a good painting, but frankly my title was better.
Five years later I married the friend. That was the best prize ever. 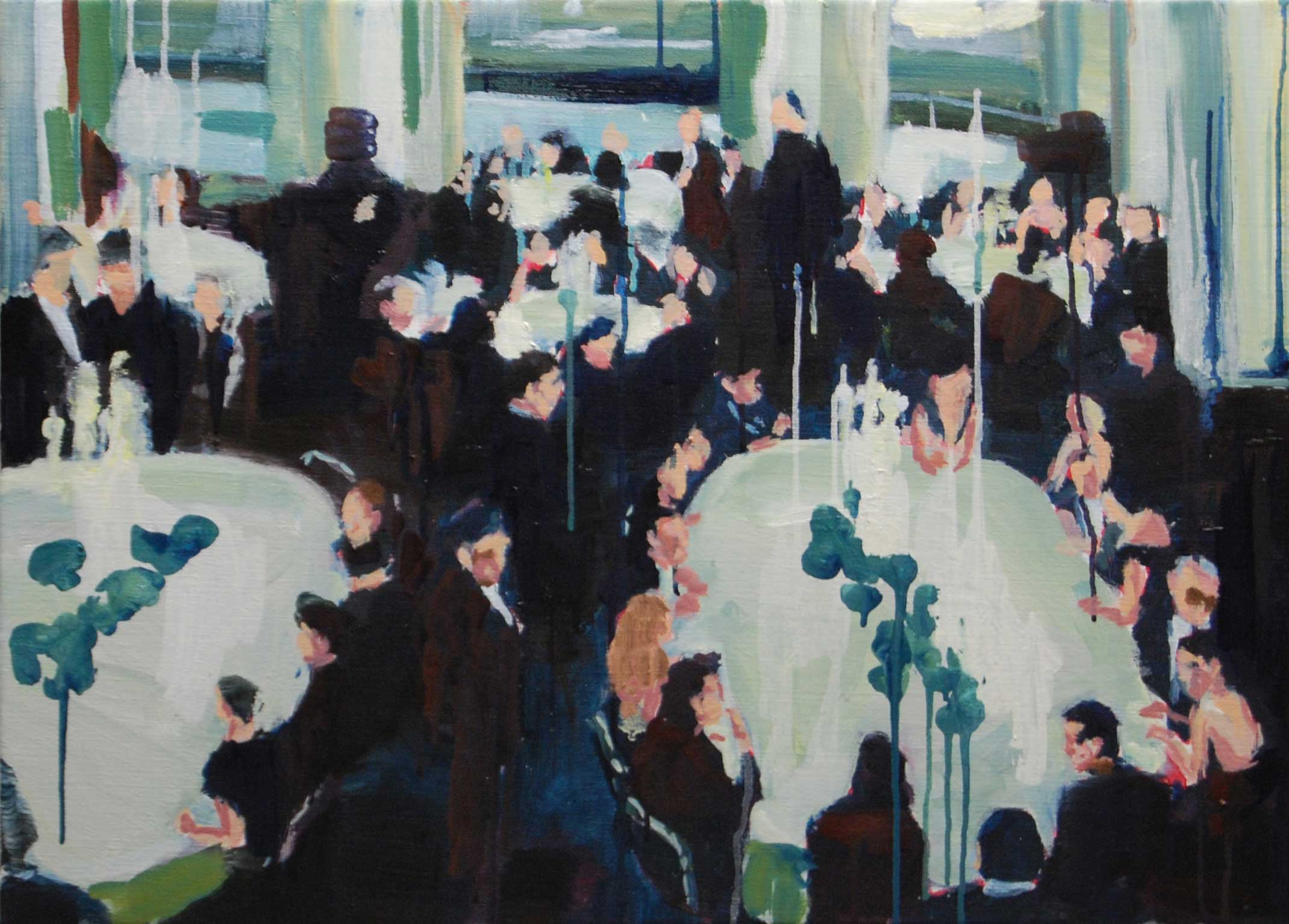 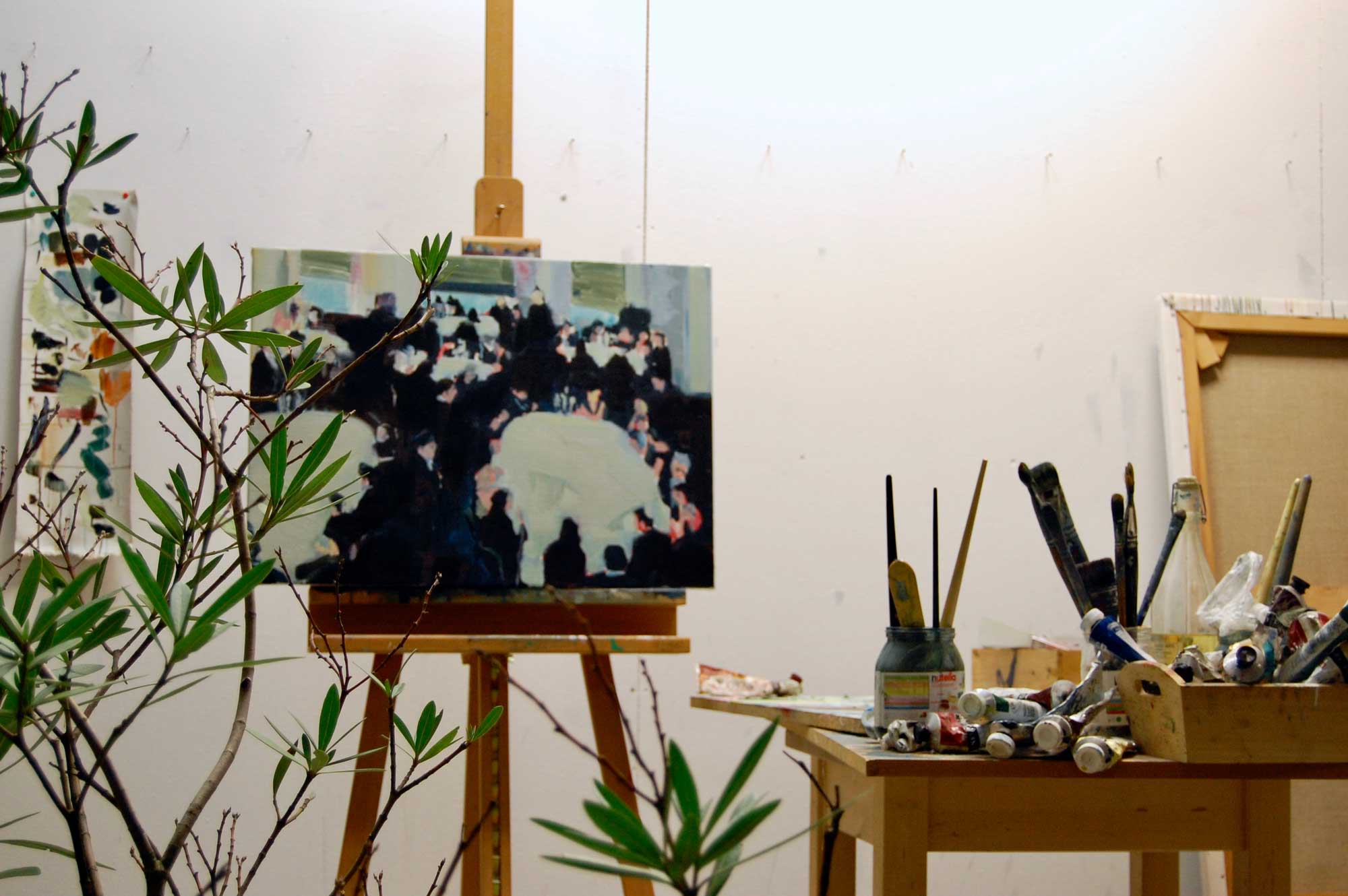 Yes! This site contains cookies.
Maybe someday I will even paint a cookie. Or a piece of cake.
Perhaps I will be spamming you with some ads on social media or on other sites. Who knows?
But hey, wouldn’t art ads be so much cooler than the shoes or electronics advertisements?
I promise they won’t be boring.